To celebrate Harry Potter’s birthday and the 20th Anniversary of the film series, I will be creating some Fantastic Feasts by cooking my way through the whole Harry Potter series. Starting with Harry’s 11th birthday cake, as seen in Harry Potter and the Philosopher’s Stone. I felt it was the perfect choice to kick off the celebration and the new year with some cake, specifically a rich chocolate birthday cake with a mess of sweet frosting all over it! I am so excited to be starting this journey and cook (and obviously eat) my way through all the drool-worthy foods we see throughout the series.

I am a huge Harry Potter fan so recreating all the incredible foods from the Wizarding World is something I’ve been wanting to do for a long time. So the timing was perfect since it’s the 20th Anniversary of the Harry Potter film series. So crazy how the time has flown by… Growing up alongside these characters was a special experience and I will take any chance I can get to immerse myself into their world. Naturally, the way I’m doing that is through food, and damn is there loads of incredible looking foods that I can’t wait to recreate. I will probably skip out on the bogey and earwax flavoured beans though, sorry to disappoint.

Anyway, we are starting my Fantastic Feasts series with Harry’s 11th Birthday Cake. This scene is iconic! “You’re a wizard Harry,” a birthday cake that Hagrid made just for him, laughing as his cousin gets a pigtail for pigging out on the cake, what’s not to love!? 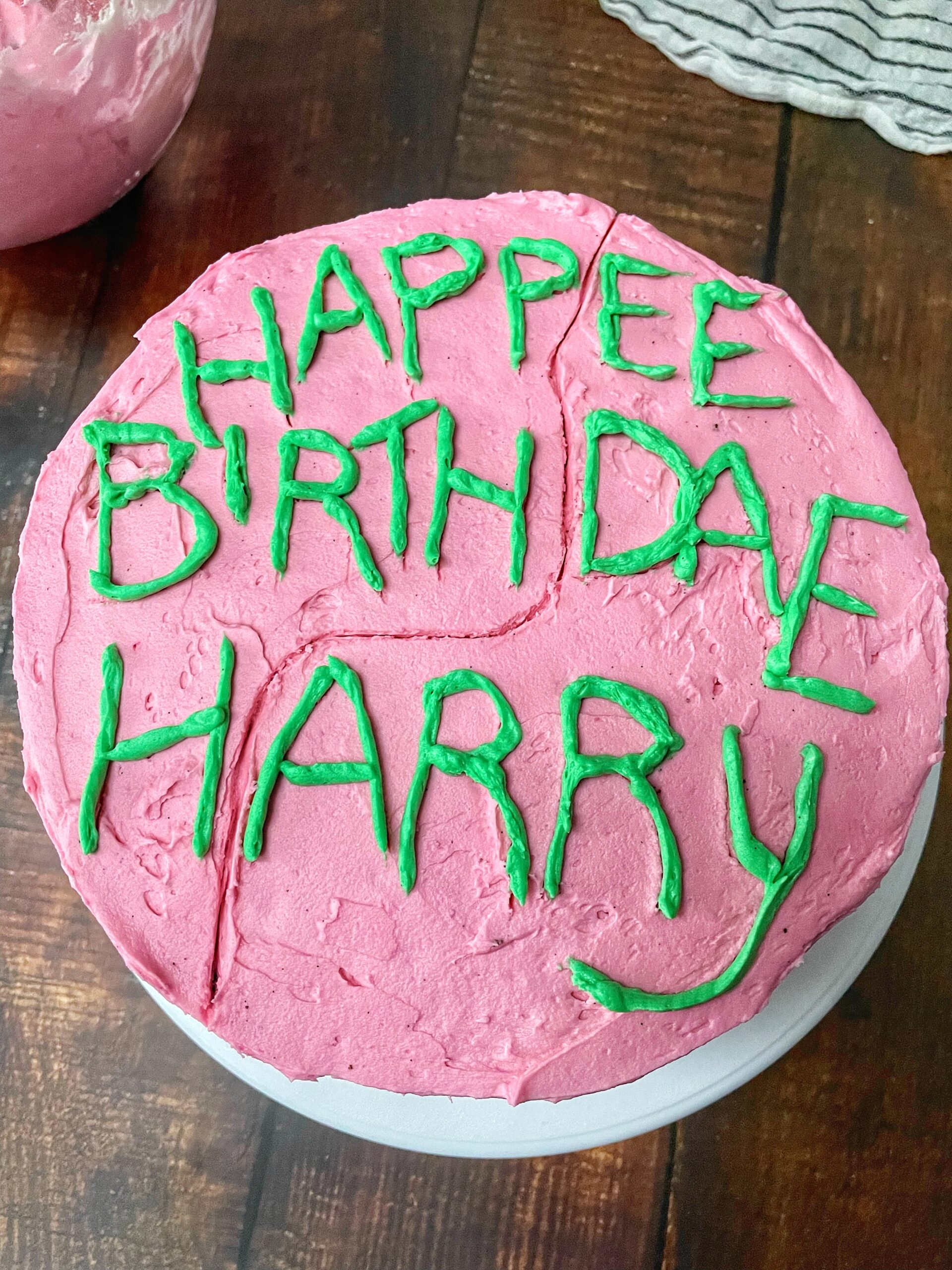 So this birthday cake that Hagrid made… Moist, chocolaty, covered in buttercream frosting and topped with a lovely personalized message: “HAPPEE BIRTHDAE HARRY”. I went for a simple one bowl chocolate cake since I didnt think Hagrid would be making anything too fancy, but made sure to make the cake heavy on the flavour and super moist. Also, if you are someone who hasn’t had tons of opportunities to hone your cake decorating skills (like me), then this is perfect for you. Hagrid’s decorating skills are a little rough so leaving the cake looking a bit “rustic” gives it an authentic charm.

This cake is super easy to make, really delicious and is perfect for any occasion, especially to celebrate a certain special wizard! Can’t wait to take you along on this journey with me! 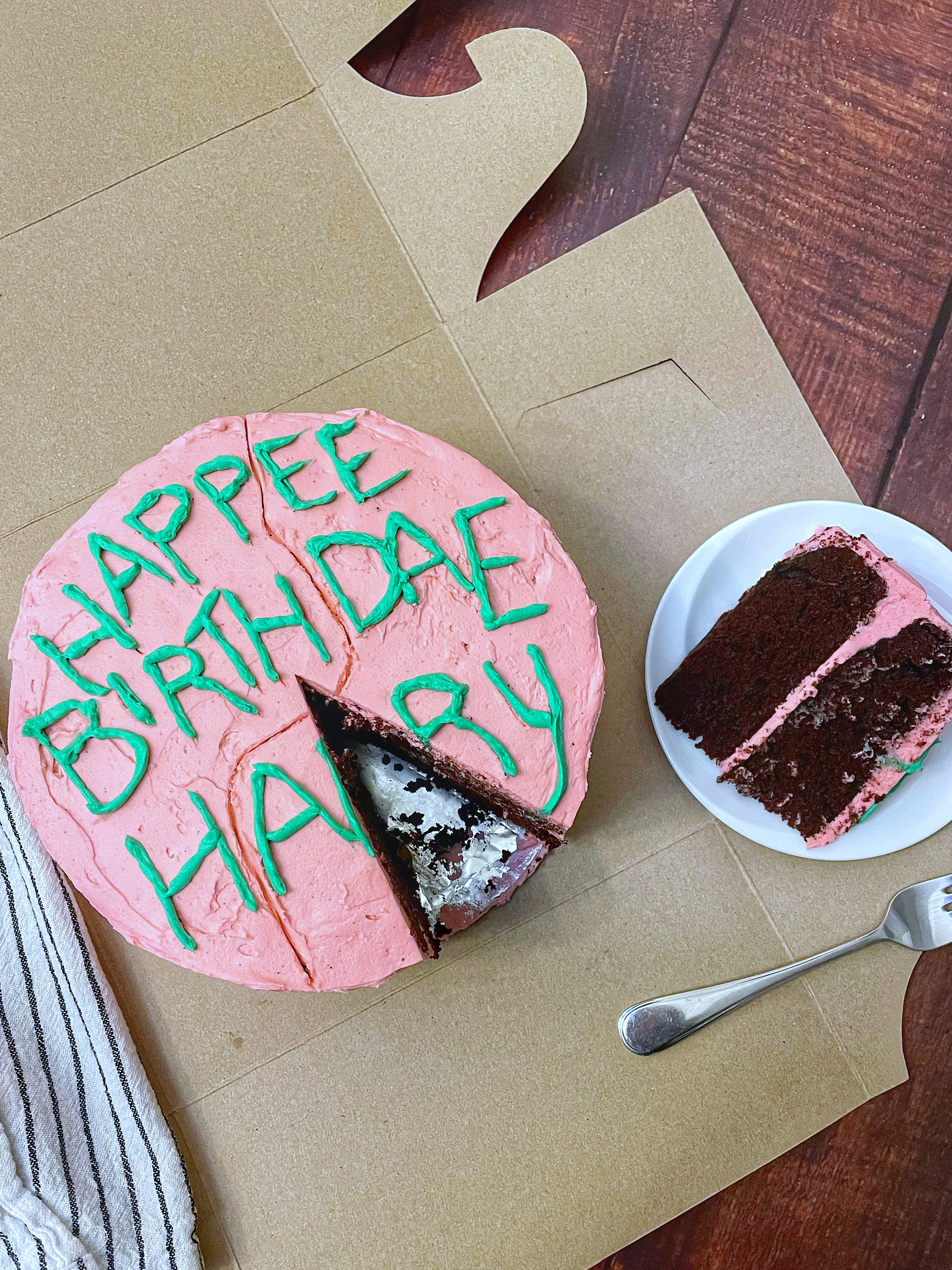 If you have any requests for inspired/themed recipes that you’d like to see, please let me know! 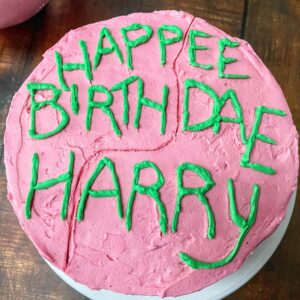 For the Chocolate Cake:

For the Vanilla Buttercream:

For the Chocolate Cake:

For the Vanilla Buttercream:

For Assembling the Cake: 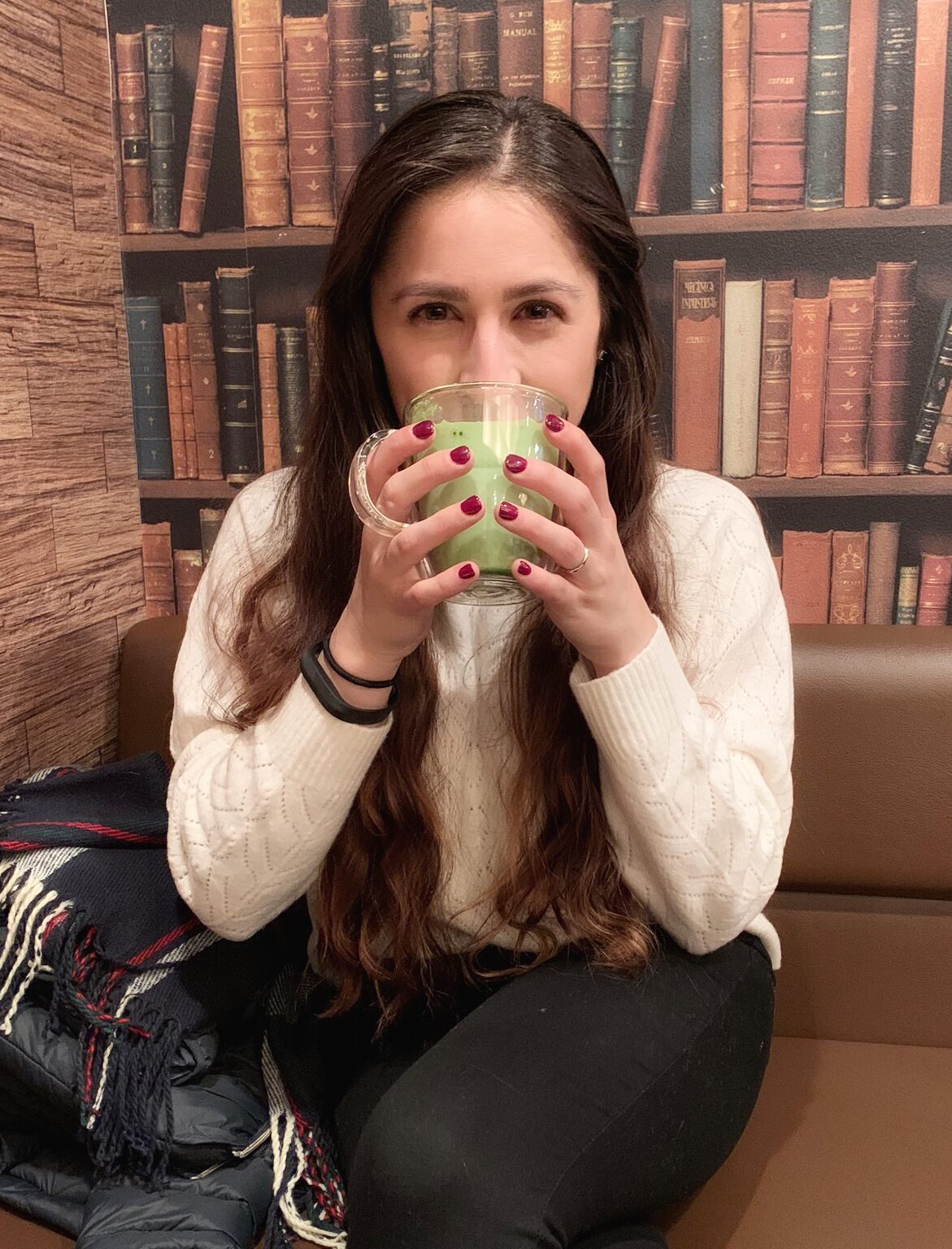 Gluten Free With Me is where food and geek meet!

With a heavy focus on food inspired by Japan and recreations from your favourite Anime, Manga, Movies, & Games.

Oh… and It’s all gluten free! 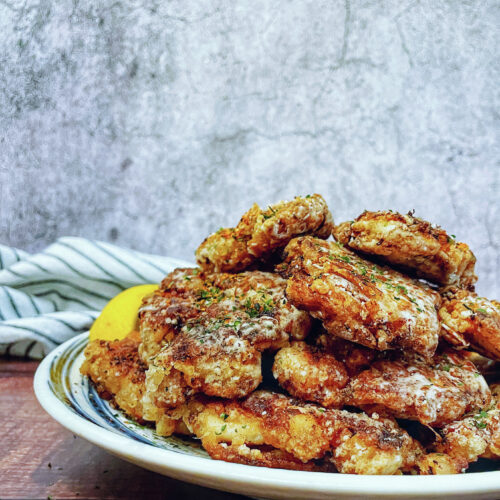 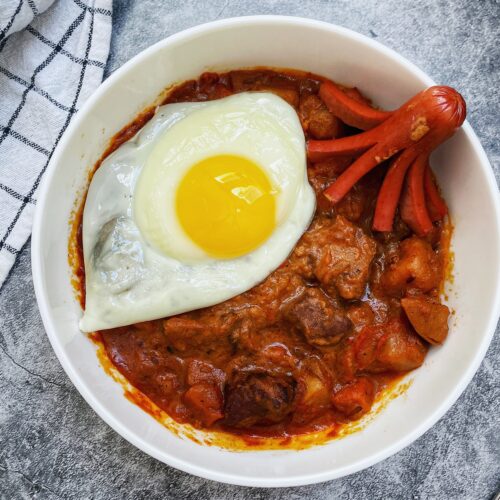 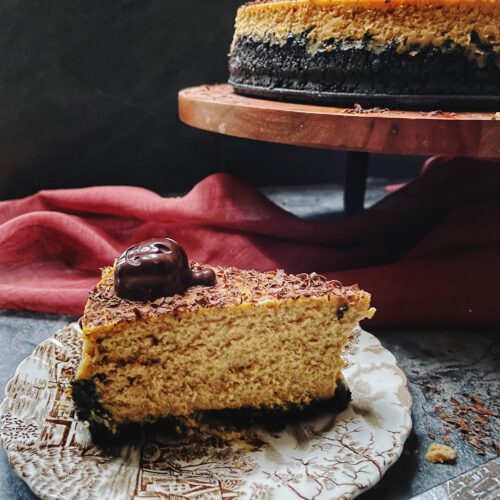 DID YOU MAKE THIS RECIPE?

Subscribe to our Newsletter and Stay up to date!

This website uses cookies to improve your experience while you navigate through the website. Out of these cookies, the cookies that are categorized as necessary are stored on your browser as they are essential for the working of basic functionalities of the website. We also use third-party cookies that help us analyze and understand how you use this website. These cookies will be stored in your browser only with your consent. You also have the option to opt-out of these cookies. But opting out of some of these cookies may have an effect on your browsing experience.
Necessary Always Enabled
Necessary cookies are absolutely essential for the website to function properly. This category only includes cookies that ensures basic functionalities and security features of the website. These cookies do not store any personal information.
Non-necessary
Any cookies that may not be particularly necessary for the website to function and is used specifically to collect user personal data via analytics, ads, other embedded contents are termed as non-necessary cookies. It is mandatory to procure user consent prior to running these cookies on your website.
SAVE & ACCEPT